For quite some time now, general election debates have maintained status as an American tradition. Allowing the contenders to go face-to-face with one another gives voters across the nation a different perspective of their presidential choices.

Earlier this year, Biden’s campaign stated that the former vice president would engage in three, separate debates with President Trump. Since this period, rumors have circulated that Democrats are secretly terrified of Biden going up against the president in a one-on-one debate, let alone doing it three times. 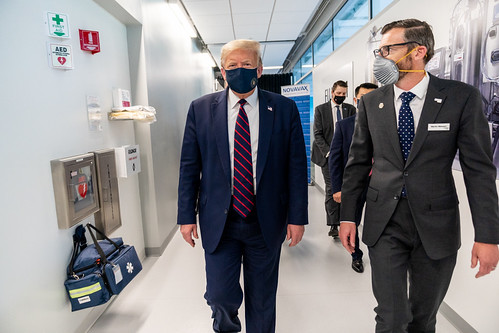 Now, a new opinion piece written by ex-Clinton adviser Joe Lockhart confirms this. In the piece, Lockhart warns that Biden “could still lose this election,” and furthermore urges the former vice president to reverse course and refuse to debate Trump, according to Breitbart News.

Throughout Lockhart’s article, he repeatedly called the president a liar, citing this as the reason why Biden shouldn’t debate the president.

Someone who reads the former Clinton aide’s op-ed and takes the claims at face value may truly believe that Lockhart’s interest in dissuading Biden from the debates is rooted in a chivalrous attempt to save the former vice president.

After all, Lockart does assert that a Trump-Biden debate is a “fool’s errand” and “impossible contest to win” due to the president’s “[incapability] of telling the truth.”

The Clinton aide then noted that while the media and GOP may go after Biden for reneging on his commitment to engage in debates, this blowback will be better than going through with the debates.

Lockhart’s opinion piece is merely a smokescreen for the real reasons that Democrats are against an unfiltered debate between Trump and Biden.

In actuality, Biden’s campaign and allies are working overtime to stop uncensored interaction between himself and the press. Biden doesn’t do well during these interactions; one need only look at the countless times he’s forgotten names, locations, dates of critical events, and even the nation’s Declaration of Independence.

Joe Biden AGAIN forgets the word "equal" in the preamble to the Declaration of Independence.

“We hold these truths to be self evident that all men an…We’ve never, we’ve never accomplished it.”

The former vice president’s shakiness will not mesh well with the president’s aggressive and effective means of going after his rivals. Democrats know this; despite their refusal to publically admit it, Biden’s frailty is the real reason why Democrats don’t want him debating the president.

What do you think about the former Clinton aide’s advice? Do you think Biden will follow through on his commitment to three debates with President Trump? Let us know down below in the comments section.