House Speaker Nancy Pelosi, a New York Times writer, and a senior adviser under the Clinton administration have each urged Joe Biden not to debate President Trump.

The former vice president and 45th president of the United States are set to duke it out with one another this Tuesday night. Per released information on the debate, Trump and Biden will answer questions about the economy, riots across the nation, COVID-19, and more. 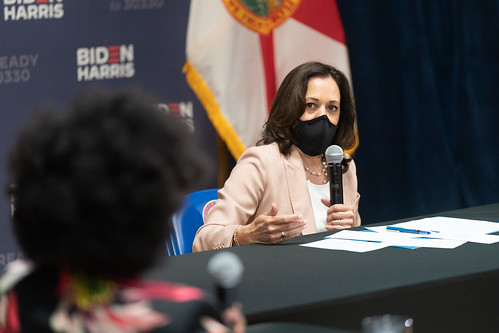 Since August, Democrats began coming out of the woodwork and stating that Biden shouldn’t debate the president of the United States. Now, even the mainstream media is jumping in and discreetly encouraging anti-debate talking points, documents Washington Examiner.

The Fate of the Presidential Debates

In the interview, Ruhle specifically notes Pelosi’s multiple claims that Biden ought not to debate the president. Barely even hiding the bias, Ruhle asks the former vice president if the California Democrat “[has] a point.”

Biden on what he expects from Trump in debate:
“My guess is, it's going to be just straight attack. They'll be mostly personal. That's the only thing he knows how to do. He doesn't know how to debate the facts because he's not that smart. He doesn't know that many facts.” pic.twitter.com/JWXPGYMvCp

Biden, of course, did not miss the very clear opening that was fed to him. The former vice president stated that Pelosi does have a point; he then slammed President Trump’s intelligence and knowledge regarding foreign policy and other issues.

By the 2020 Democrat nominee’s own admission, he believes that President Trump will be purely reliant upon “just straight attacks” without factual knowledge. Biden didn’t explain the reasoning behind this assertion; however, he did claim without evidence that “the people” know President Trump is a liar.

Biden may believe that President Trump lacks the “facts,” however, debate scholars haven’t exactly made glowing remarks about the former vice president.

As a matter of fact, multiple debate scholars and political pundits recently opined that Biden is not prepared for tough periods that will arise during a debate against President Trump; this, too, includes challenging questions that may come from moderator Chris Wallace.

You should seriously think about calling a lid early everyday so you don't lose more voters…🤣🤣 pic.twitter.com/H1Zyx6KPM4

Debate scholars also maintain that Biden is used to the media treating him with “kid gloves” during the seldom times that he actually interacts with them. During this week alone, the 2020 Democrat nominee has taken multiple hits for calling a lid on his campaign as early as 9:30 AM and 10 AM.

The first presidential debate of this general election cycle will commence on Tuesday, September 29.

Why do you think the mainstream media has a vested interest in Biden not debating Trump? Are you planning to watch the first general election debate this Tuesday? Let us know where you stand down below in the comments section.