As Democrats drag their feet on reopening America and lifting restrictions that prohibit Americans from working, they continue to land in hot water.

Multiple left-wing governors are presently facing lawsuits due to their miscalculated decisions to shut down entire states over a virus that’s moderate 80% of the time. Worse yet, Democrats in power have extended these measures and crossed into the territory of breaching constitutional rights. 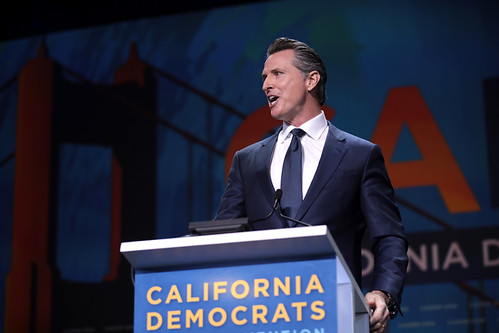 Presently, California Gov. Gavin Newsom (D) is being hit with multiple lawsuits and forms of resistance against his shelter-in-place order. Several counties and businesses have furthermore reopened, despite Newsom’s mandate; however, the latest lawsuit against the California governor is due to remarks he made about COVID-19 and nail salons in the Golden State, notes sources.

On Thursday, the California governor spoke to the press and fielded questions about the various phases of reopening the state. One of those questions pertained to why state salon reopenings are set to occur in phase three rather than phase two. It was during this time that Newsom got the bright idea to claim that COVID-19 first originated in a nail salon.

This prompted immense backlash from Vietnamese-Americans, many of whom own nail salons in California. Not only are these salons planning to sue Newsom, but the California governor has faced pressure to corroborate his claim with proof; thus far, this proof has yet to arrive.

In the wake of criticism from the nail salon community, however, Newsom professed to have “deep reverence for those entrepreneurs.” The California governor also defended his remarks about nail salons without offering any supporting evidence to the public.

Do you believe Gov. Gavin Newsom deserves to get sued for mouthing off about nail salons? Should the governor have provided proof that COVID-19 first started in one of these establishments? Let us know in the comments section below!