Within the past couple of weeks, speculations and different narratives surrounding the upcoming Trump-Biden debates have surfaced.

Some folks on the left maintain that the former vice president should not directly spar against Trump on the debate stage. Meanwhile, the left-slanted New York Times actually called to scrap presidential debates altogether; conveniently, this call arrived with mere weeks before the first, scheduled debate between Trump and Biden. 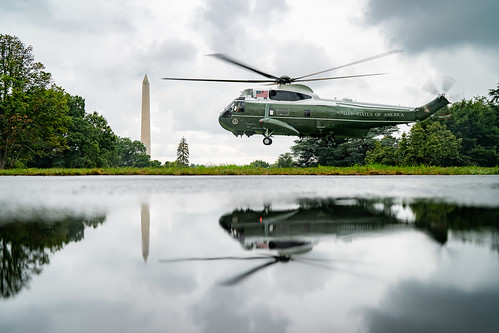 However, folks looking for Biden to skip out on debating President Trump shouldn’t hold their breath, according to Breitbart News. The former vice president will, in fact, participate in three debates against Trump, confirms Jill Biden.

Why Americans Should Expect Biden on the Debate Stage with Trump

Amid all the conversations about Trump-Biden debates (and the political left setting the scene for Biden to weasel his way out), many Americans have begun questioning whether Biden would renege on his promised participation.

According to the former vice president’s wife, this isn’t something that anyone should worry about. On Tuesday, the former second lady sat down for an interview with Fox News; while doing so, Biden confirmed that her husband will, in fact, engage in “three debates” against the president.

Biden’s wife put aside all speculations yesterday, at least for now, stating that the former vice president shall “be there” to go against President Trump one-on-one.

The former second lady did not, however, publically respond to the Trump campaign’s calls for additional debates and debates sooner than currently planned.

Biden on Debating the President

While Jill Biden has assured Americans that her husband will debate Trump, the former vice president himself has yet to make an official statement.

Biden instead seems more consumed with attacking the president on Twitter. His latest posts also include different promises of what he will do “on day one” as president of the United States.

On day one, I’ll send a bill to Congress creating a clear roadmap to citizenship for Dreamers and the 11 million undocumented people already strengthening our nation. It’s long overdue. pic.twitter.com/ajO7uUb9po

However, many Americans remain convinced that electing Biden into office would be tantamount to bringing radical socialism to power within a trojan horse.

Do you think Joe Biden will ultimately debate President Trump three consecutive times? Should Biden agree to more than three debates with Trump? Let us know down below in the comments section.