Mask mandates continue to be a critical part of the social conversations that Americans are having. Despite Democrat (and a few Republican) politicians who have chosen to implement mask mandates, they remain deeply polarizing.

Several giant retailers who initially came out with mask mandates for their customers walked them back after viral (and sometimes deadly) confrontations between masked and barefaced individuals. 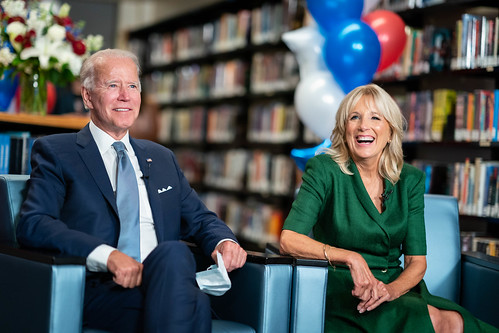 It turned out that giant retailers aren’t the only ones to see that mask mandates are an issue. On Wednesday, 2020 Democrat Joe Biden walked back his infamous promise to sign a national mask mandate into effect if elected as president, per Breitbart News.

What to Know About Biden’s Huge About-Face

The former vice president has repeatedly vowed to implement a national mask mandate if he wins the election; both Biden and his running mate, Kamala Harris, stated that implementing this mandate would be the first order of business.

However, on Wednesday, Biden significantly walked this back. The former vice president professed during a press conference that he is a “constitutionalist” who would put “pressure” on governors, mayors, and business owners to require face masks and social distancing.

When specifically asked by a reporter about issuing a mask mandate via executive order, Biden stated that he wouldn’t do this, implying that the Constitution wouldn’t give him this power.

The former vice president’s swift about-face and step back from his previous vows to implement a nationwide mask mandate prompted interesting responses on social media yesterday.

Why Did Biden Walk Back His Vow to Implement a National Mask Mandate?

Biden’s clear about-face on a mask mandate raised many eyebrows yesterday. While the reason behind this change is a mystery to Americans, the timing is nothing short of impeccable.

The former vice president’s decision to backtrack from his previous promise of a nationwide mask mandate arrives as at least two top Democrats are under fire for flouting COVID-19 restrictions. Andrew Cuomo, the governor of New York, is one of the most outspoken cheerleaders of mask mandates; yet, recent photos show him out walking his dog without wearing a mask.

Likewise, Nancy Pelosi, the House Speaker, has called on Americans to honor shutdown rules and wear masks; however, earlier this week, Pelosi went to a closed San Francisco salon to get her hair done indoors, something that California currently prohibits. Leaked video footage of Pelosi at the salon also shows that she did not wear a face covering during this time.

Are you surprised that Joe Biden is stepping back from his previous calls to implement a nationwide mask mandate? What do you think brought about this change? Be sure to let us know in the comments section below!