For quite some time now, Americans have adopted a mixed-bag approach towards wearing face coverings.

Some people are all for it while others don’t especially wish to “mask up.” Thanks to mandates and “requirements” for Americans to wear face coverings in certain communities, buildings, and settings, the issue of whether or not to wear a mask has become even more intense, heated, and controversial. 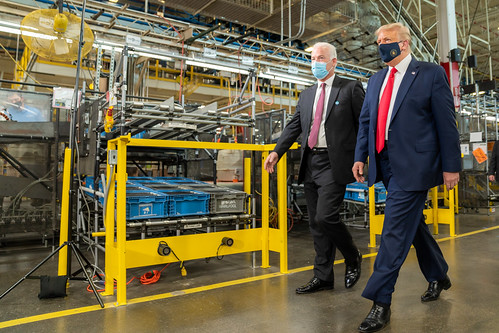 Mandatory mask-wearing also comes with certain political undertones. While some Republicans have issued face covering executive orders, others have not. Democrats were the first ones to issue mandates for people to wear masks; furthermore, the mandates issued by Democrats are the strictest.

On Thursday, 2020 Democrat Joe Biden called for a nationwide mandate for Americans to wear face masks for the next three months; this call resulted in the former vice president taking immense heat from conservatives, as reported by Breitbart News.

During a campaign stop yesterday, Biden talked about the importance of patriotism and Americans “[protecting] fellow citizens.” He then spoke about “overwhelming evidence” that claims the efficacy of mask-wearing before calling for Americans to wear face masks for the next three months.

Biden calling for a mandate requiring we wear a mask when going outdoors for the next 3 months.

Interestingly enough, three months is the time left until the 2020 presidential election. The former vice president stated that implementing a nationwide mask mandate “immediately” would save Americans’ lives.

Response from the American People

Conservatives rapidly descended upon Biden for his calls to mandate face masks for the next three months. Critics of the former vice president didn’t hesitate to question his interest in having Americans wear face masks until the time of the 2020 election.

President @realDonaldTrump: Joe Biden would allow rioters, looters and criminals to roam free, while issuing a sweeping new mandate on law-abiding citizens to wear a mask for at least three straight months, no matter the circumstance pic.twitter.com/AKZnM911LX

President Trump himself also had some choice words for Biden. Trump slammed the former vice president, stating that Biden seeks to ” [lock] all Americans in their basements.” The president also questioned the legality and ability to enforce a nationwide mask mandate.

Finally, Trump reiterated that decisions on mandatory masking are “up to governors” and that Americans ought to have “a certain freedom.”

What do you think about Joe Biden’s calls for a nationwide mask mandate for at least three months? Let us know your thoughts in the comments section below!