Biden on Board with Locking Down America Again

Lockdowns have an immensely devastating impact on the lives of millions of Americans.

Job loss and even more projected unemployment are only the tip of the iceberg. The shutdown of the nation along with stay-at-home orders has prompted an increase in suicides, child abuse, domestic violence, mental health issues, and more. 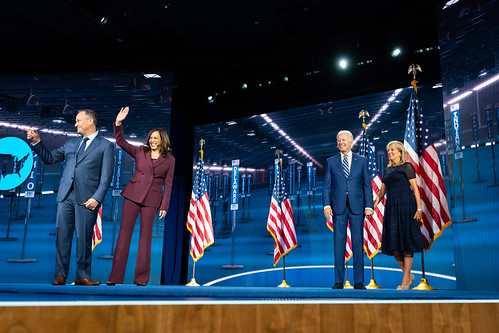 When coronavirus first became an issue here in the states, many warned that the cure cannot be worse than the problem. Unfortunately, though, this is a threshold that we all passed long ago.

Despite the crippling impacts of shutting down the nation, 2020 Democrat nominee Joe Biden has come forward, admitting that he would shut it down again, as president, documents Breitbart News.

Why Biden Would “Shut it Down” All Over Again

On Friday, Biden and Harris participated in their first joint interview since accepting their nominations from the Democrat Party.

While speaking with ABC News host David Muir, Biden made clear that he has no issue with locking down the nation all over again. Despite tens of millions of Americans losing their jobs and economic stability, the former vice president admitted that he would implement another shutdown if “the scientists” told him it was a good idea.

“I would shut it down. I would listen to the scientists.”

Joe Biden tells @DavidMuir in an exclusive interview that as president, he would shut the country down to stop the spread of COVID-19 if the move was recommended by scientists. https://t.co/2A9r07d7EC pic.twitter.com/e8yTrT9G56

Biden then proceeded to defend this position by stating that getting COVID-19 under wraps first is paramount before the nation’s economy can thrive.

Ironically, these sentiments from the former vice president arrived the same day as the World Health Organization (WHO) stating that individuals must make “permanent adjustments” to their lifestyles because of COVID-19.

Can America Take Another Shutdown?

Biden’s admission that he’d lock down America again as president if “the scientists” told him to is alarming to many people in the country.

Certain Americans have pointed out scientists’ own admission that they don’t consider the economic consequences from the advice they give; Dr. Anthony Fauci acknowledged as much earlier this year during a congressional testimony.

The idea that shutting down the nation over COVID-19 is tantamount to a cure being worse than the problem is not unpopular. Contrary to what Democrats may believe, not every person opposed to lockdowns is a right-wing conservative either.

Biden has also gone on record stating that he would not only shut America down again, but he’d also implement a nationwide face mask mandate as president.

Are you on board with another lockdown of the United States? Let us know in the comments section below!