Joe Biden’s search to select a running mate is taking longer than even he anticipated. This is obvious to Americans because the goalpost for when he will announce his vice-presidential candidate just keeps on moving.

First, the former vice president’s team and allies claimed that by August 1, the nation would be aware of Biden’s running mate. August 1 arrived and departed; then sources alleged that Biden would make the announcement during the first week of August. 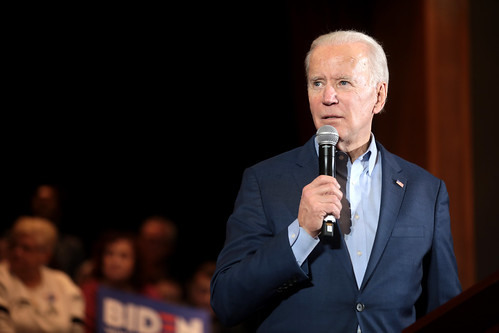 At this point, we are all well into the second week of August, yet none the wiser about who Biden intends to choose as his running mate.

However, Breitbart News does confirm that Biden is facing increasing amounts of pressure to choose a black female Democrat as his running mate.

On Monday, the former vice president’s campaign got a letter from top leaders within the African-American community. Within this letter, Democrats talked about contributions that many black women have made to the success and prominence of the Democrat Party, including Biden’s 2020 campaign.

In doing so, black community leaders professed that black women have historically “[rallied] the troops” and “[risked] their lives.” to help Democrats. They also stated that such rallies and risks have come without support, respect, acknowledgment, or visibility from Democrats.

Folks, we need to listen to our frontline heroes. Wear a mask. It’s not just about you. It’s about keeping your family, neighbors, and fellow citizens safe. pic.twitter.com/pbI6UVhqvh

After these claims, the letter goes on to assert that Biden can write the aforementioned wrongs by choosing a black woman to join him on the 2020 ticket. Leaders within the black community furthermore noted their exhaustion with “voting for devils” and “the lesser of two evils.”

Thus far, Joe Biden has yet to openly respond to the letter from African-American community leaders. His election campaign also remains silent as well.

What is Biden Looking for in a Running Mate?

The former vice president’s allies have indicated that Biden is searching for a running mate that makes up for areas he lacks.

Biden also seems to be interested in a vice presidential candidate that is “simpatico” with him; additional criteria include capability to handle the political spotlight, foreign policy knowledge, etc.

To the millions of Americans struggling to get by right now — those who can't find a job or pay the bills: I want you to know that I see you, and I won't forget you — and I'm going to fight every day in the White House to build an economy that works for you.

Do you think Joe Biden will heed calls from the African-American community to select a black woman as his running mate? Let us know what you predict in the comments section below!