The U.S. media plays a significant role in how Americans get news, learn about current events, and perceive the world around them. Today’s news is also no stranger to opining or reporting with certain subliminal, if not overt, messages and undertones. 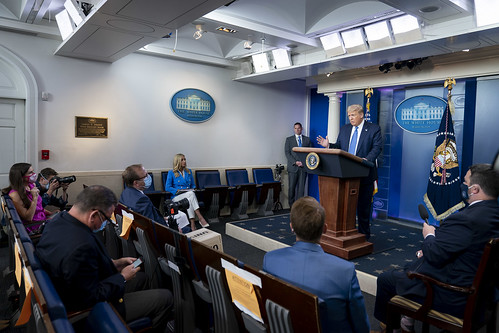 Despite the role that the mainstream media plays in sharing news with the American public, many Americans have issues with the media. In fact, a fair amount of people even blame the press for intentionally stoking fear and other divisions.

Now, a new survey from Knight Foundation provides insight into what most Americans really think about the mainstream media, reports Breitbart News.

Why Americans Aren’t Happy with the Mainstream Media

While the majority of Americans also maintain that the mainstream media is important in our society, they also have issues with biases. Additional poll findings confirm that 49% of people see “a great deal” of bias within the press, whereas only 37% of Americans see bias in “a fair amount.”

.@CNN has no sources on the Task Force. Their “sources” are made up, pure fiction! Jim Acosta is a Fake reporter!

It should also come as no shock to learn that Republicans and Democrats also maintain varying outlooks on the American mainstream media. According to Knight Foundation, 77% of Republicans believe that news reports coming from a particular angle or bias are problematic; interestingly enough, 61% of Democrats also share the same outlook.

More on Growing Discontent with the Mainstream Media

The bipartisan and across-the-board unhappiness with the news press speaks volumes.

Despite what certain media outlets may believe, it’s not very tough for Americans to tell when reporters are intentionally sharing stories from different angles. The growing discontent with the mainstream media furthermore shows that more and more people across the nation believe that “fake news” exists after all.

FAKE NEWS IS THE ENEMY OF THE PEOPLE!

If the press remains as it’s been, the numbers observed by Knight Foundation will only continue to surge. Americans want to know what is happening in the world without feeling like they’re getting filtered information or being swayed to adopt one viewpoint over the other.

What do you think about the nation’s unhappiness with the mainstream media? Do you think they’ll take the hint? Let us know down below in the comments section.